Although the day was quite chilly, Lviv’s welcome was very warm and sweet. But before we let ourselves fall into Lviv’s chocolate embrace, we went to the hostel where we stayed at our first visit to leave our stuff there. We were also hungry, so we immediately began searching for a good place to eat a great meal. 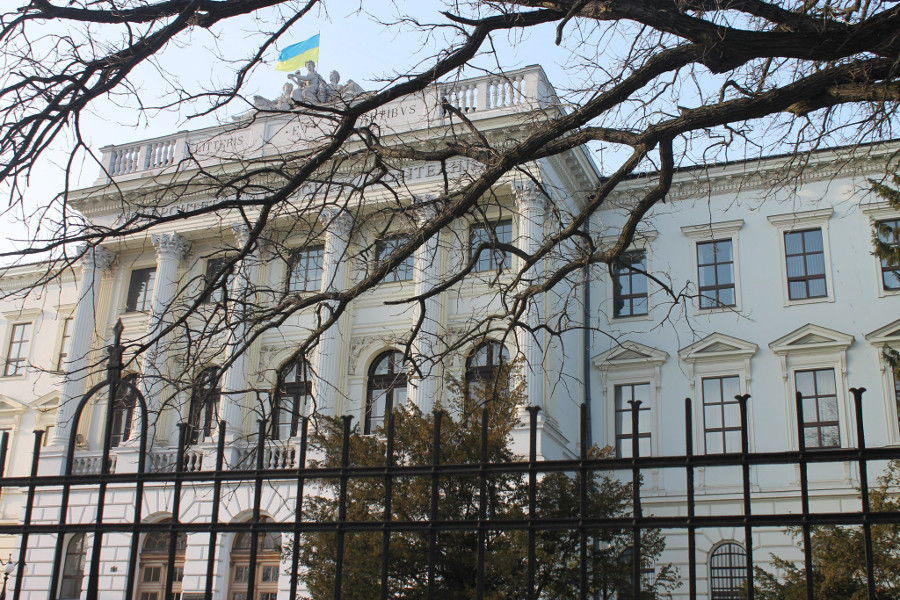 Near the center we found a small bar, in which quite many Ukrainians ate. We thought that if the locals eat there, the meals should be tasty and cheap – we weren’t wrong 🙂 In the bar two friendly ladies were working. The menu was quite modest, but it contained a lot of dishes that the vast majority of people like. Personally, I chose the chicken breast cutlet.

– Oh, today I do not recommend eating it. It is not really that good this time. Maybe you would like to try pork chops?

Of course, I tried. This decision was a very good one!

It was not the first situation in which the owner of the bar or, especially, the shop discourages us to buy a product because of its poor quality. While some of this may seem like an attempt to trick a foreign customer to buy more expensive goods, I assure you that usually the ones offered in exchange are at the same price. Ukrainians simply care about the reputation of their businesses 🙂

I could not have possibly refused such a pleasure! We purchased tickets at the box office for the next tour, and it turned out that we had the whole hour and a half of free time. Because the museum is located close to the city center, we went for some coffee and hot chocolate to another chocolate sanctuary – Chocolate Factory Lviv. It was really delectable! In addition to a great selection of different products, one can also preview how they are prepared. For such a gourmand like me, this is a real treat. 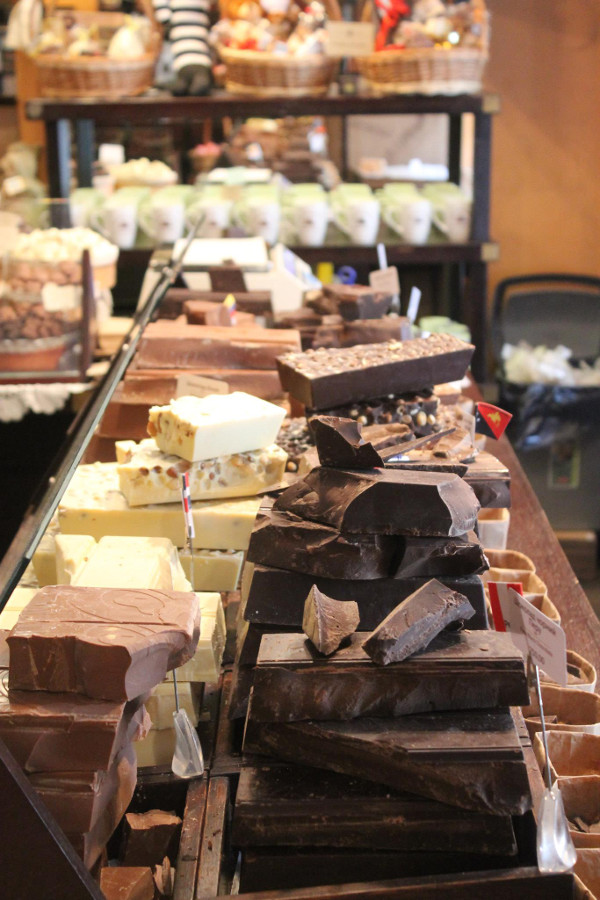 Products of the Chocolate Factory

After a few relaxing moments of contemplation, we left the Factory and went to the Museum. The tour began with a presentation of the history of the Museum. After that, we walked into a room filled with various works made of chocolate. I could not believe that such beautiful pictures and detailed sculptures are created only with the use of chocolate!

After sightseeing, we were invited to a third room with benches, chairs and tables. As it turned out – to taste some chocolate. However, before the tasting started, a small competition was organized in which willingly the youngest guests participated. A poem or a song was awarded with a handful of chocolate sweets. 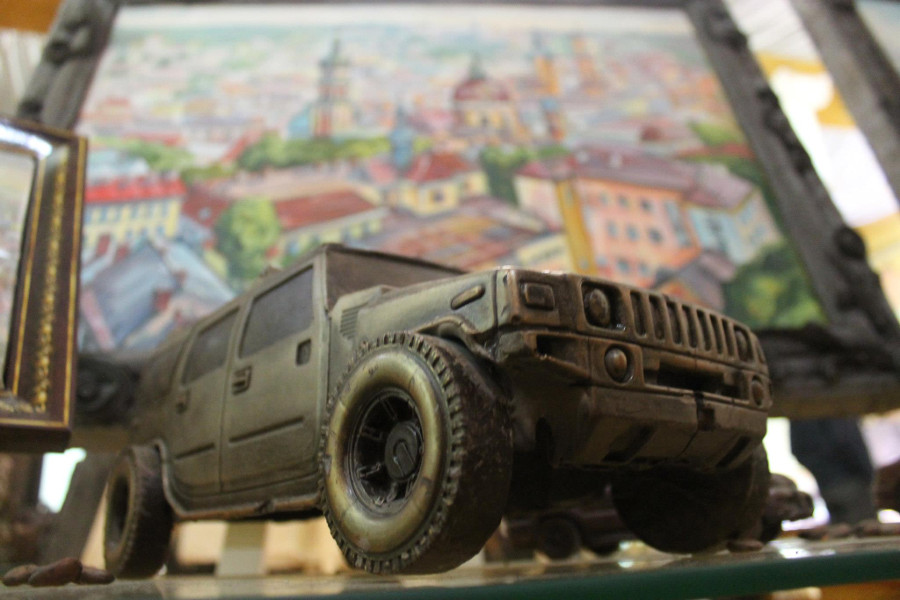 This is all done with chocolate!

In the tasting part we received smooth chocolate – it was very good and equally sweet. Moreover, each participant of the guided tour and tasting received a box full of sweets! I could not stop myself from trying them. You know what it tasted like? Like chocolate of my childhood. The chocolate from the nineties in Poland, which tastes like something between real chocolate and a chocolate-like product. The moment the chocolate melted in my mouth, the beautiful memories of days gone by appeared in front of my eyes…

As we decided with Łukasz, so we did. Fortunately, the rest of our company went with us. After a short conversation with the guard, who explained to us how it should sound correct password, we went inside. Unfortunately, the guard did not allow us to take pictures.

The interior was not as strikingly good as I imagined (although it had atmosphere), in contrast to the prices of food and drinks – these were striking. It turned out that there is nothing to fear. In the background nationalist songs were played, and shortly before we left a band playing on a similar note was starting their performance. For the Readers I stress, as I’ve heard different stories about this place, that there is no deeper hidden meaning behind the “Kryjivka”. This is the place commercial, it is a response to the prevailing fashion among the young. It’s just business, nothing else. More climatic was the “Rurmajster”. 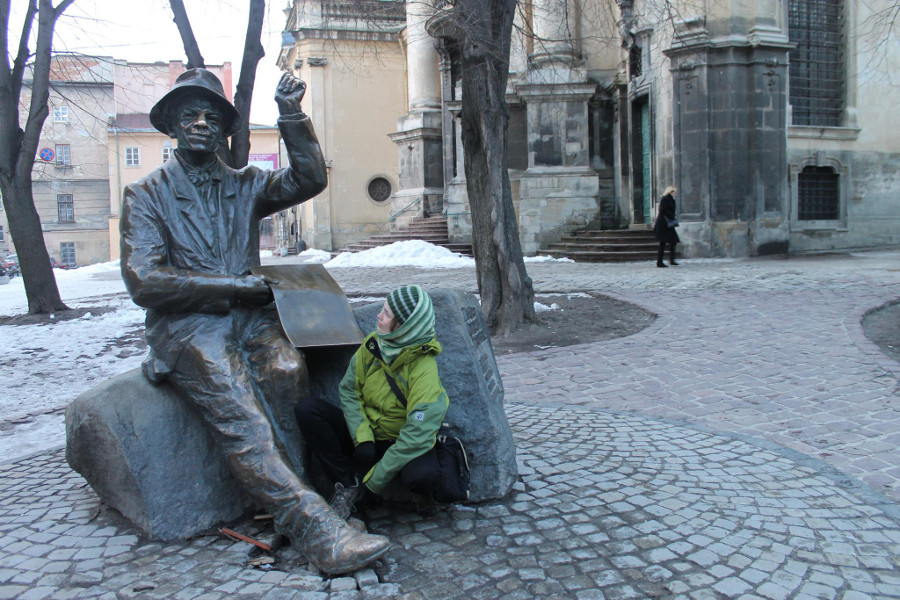 With some reluctance we crossed the border between Ukraine and Poland. Coming back home meant again sitting by desk in work, and Ukraine still hid many secrets that one still can discover! As we recalled delightful meetings, small mishaps and sodden shoes, Wroclaw greeted us at their gates.

It’s almost the last entry on our Ukrainian travel. Almost last, because next week I will publish the financial balance of our rakish tour. I daresay that it came out cheaper than vacation at the Polish seaside. See you next week!