In Finland anyone can find an abundance of delicious, sweet products, for Finns are devotees of sweets. Most o them appreciate pastries. A cake at a family party or company event is almost mandatory. Also, smaller and major holidays are sprinkled with traditional pastries, which are often a combination of soft sponge cake and berries. Apples found their special place in the Finnish cuisine, too. This love for sweet things inspired me to create this gallery of Finnish sweets. Some of them can be easily prepared at home, others can be easily found on store shelves. Of course, if there is an open season 😉 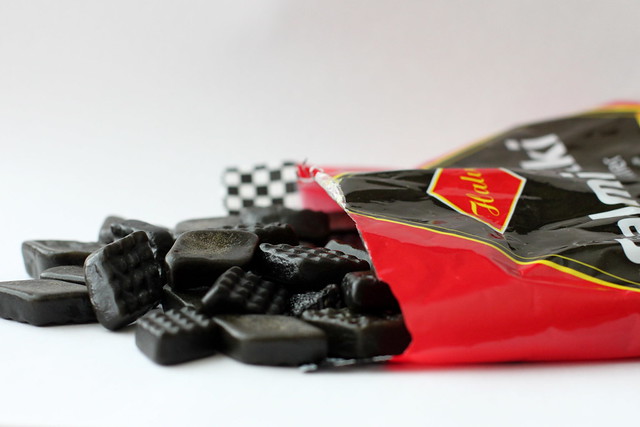 This is the famous Finnish salted licorice, or salmiakki. The Finns really like them, and are with their liking rather alienated. Among the foreigners there are only a few who appreciate salmiakkis unique taste. Even among native Finns, some confess that after a few sweets they have no desire for more. Nevertheless, the taste is so popular that a salmiakki vodka or salmiakki icecream are being produced. Finns say, that if sauna, vodka and salmiakki do not cure it, then it is fatal 😉 One of our friends told us, how he treated to salmiakki his friend from outside Finland. After trying it, the “outsider” asked him: “Dude, what have I done that you do something like this to me?” (Image’s source: Linda Storsjö on flickr.com)
Mämmi 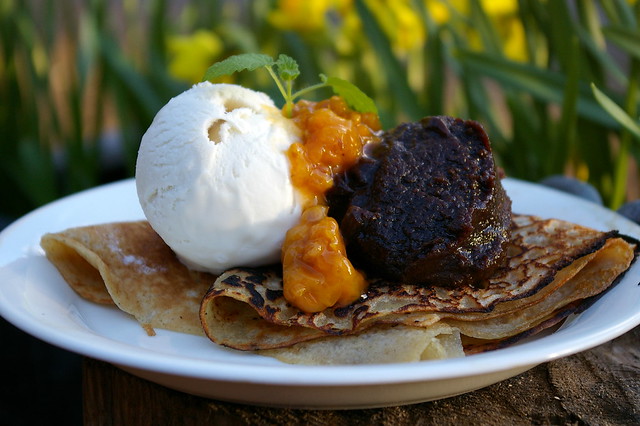 It is made of baked rye flakes flavored with molasses, in which the Finns tuck during Easter. It is served with milk or whipped cream, but it also recommended to add vanilla ice cream with cloudberry jam. As for me, the taste of this dessert is quite strange, but it’s worth trying it at least once 🙂 (Image’s source: Elina Innanen on flickr.com)
Joulutorttu 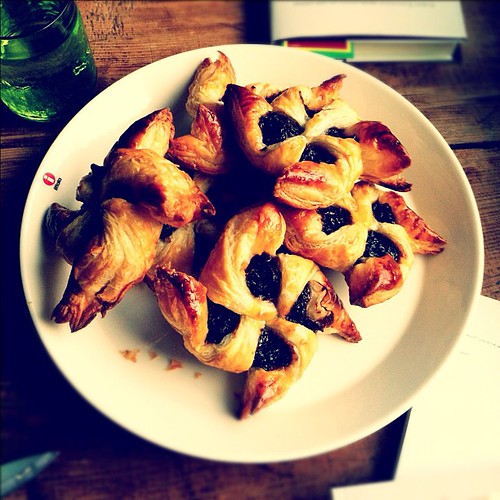 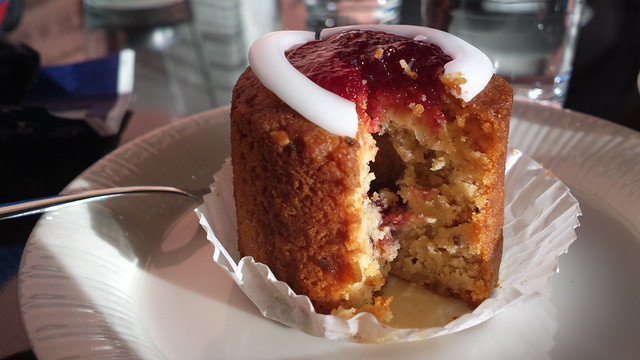 This delicious cake got its name from the poet Johan Ludvig Runeberg, the author of Finland’s national anthem. Tastes of almonds, rum and raspberry jam. It is available mainly in winter, from January to February. The author of the recipe is commonly believed to be Mrs Runeberg (Image’s source: hugovk on flickr.com)
Laskiaispulla

The invention is well-known in all the Nordic countries. Sweet roll with whipped cream and strawberry jam in the middle, though Wikipedia suggests that the filling should be almond (Image source: Matti Mattila on flickr.com)
Vispipuuro

It is a porridge and lingonberry mousse. You can add milk to it. Finnish nation loves porridge in many forms. Just like their neighbors 😉 (Image’s source: myllynparas.fi)
Korvapuusti

They are soft buns with cardamom, inside of which hides a sweet cinnamon filling. Available throughout the year, though not every bakery bakes them perfectly. Sometimes, they are dry, so stick to a once-checked bakery 😉 Stacked next to each other korvapuusti, baked like a cake and sprinkled with almond pieces are called the Boston cake (Image’s source: Susu K on flickr.com)
Bebe-leivos 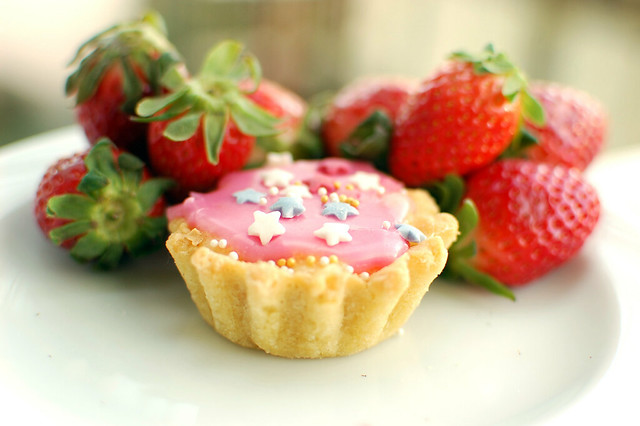 Bebe-leivos are a taste of summer. They consist of a shortbread cookie, filling and, optionally, icing. Traditionally found in strawberry flavor, but in Fazer cafe they make them also in a nutty flavor (Image’s source: willow85fi on flickr.com)
Jellies and kiisseli

Do you remember those jellies? We had exactly the same, but in another shape. Well, in Finland they like them, too. They are produced by Fazer under the proud name of “Finland”. In addition, Finns like kiisseli. I dare say that their choice of flavors is very limited, and even the same product is different from ours. The main difference, that was the reason for which I screwed kiisseli for the first time in my life, is that it sets even in cold water! It is also slightly thinner than the one we know in Poland. The milk pudding is rather not known in Finland. It is possible to buy Halal Jelly in a store for Muslims, but it was impossible for me to locate a non-Halal jelly in a regular shop 😉 (Image’s source:Liiolii on flickr.com)
Omenalörtsy 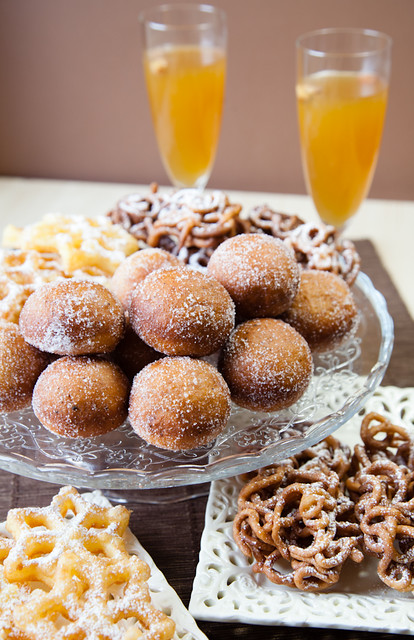 Finns love donuts. You can buy them in a form known in Poland with jam and icing, it might be an American donut with a hole. However, munkki are the taste of childhood every Finn. These are tiny, round donuts without filling, only sprinkled with powdered sugar. Tippaleipä is a fragile cake, taken exactly the same way as our caddis with the exception that the dough is extruded onto the hot fat. Hence the funny shape 😉 Rosetti also fried in deep fat, but less. Its shape is due to a special foremkom. Sima is for an alcoholic beverage, although this available in stores is usually non-alcoholic lemonade. Spring is sometimes called honey and is made mainly with raisins, honey and lemon. We highly recommend is delicious! (Image’s source: Miia Mej on flickr.com)
Sultsina 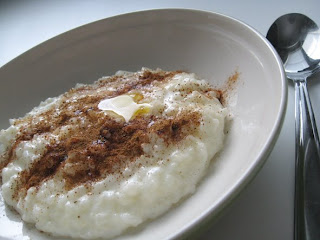 Rice cooked in milk and sweetened. Of course, spiced with cinnamon 😉 It will not be a sin, if it were served with fruit jelly (Image’s source: kaisan-blogi.blogspot.fi)
Leipäjuusto 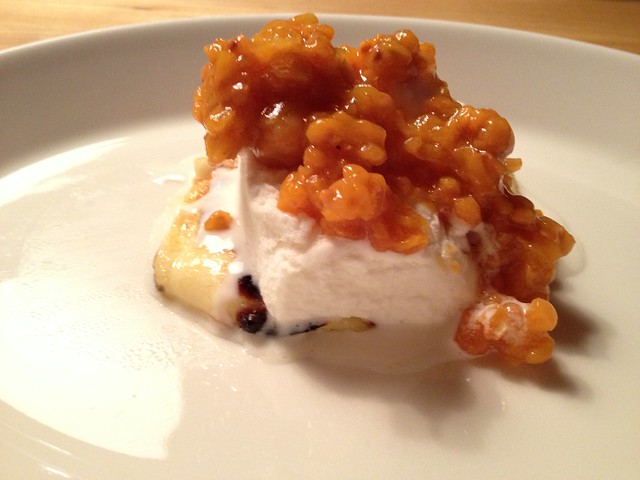 Leipäjuusto, or cheese bread, is, for me, a very strange invention. It is a cheese made from cow’s milk, which is usually eaten with cloudberry jam. A bit of milk or cream also goes with it pretty well. The cheese should be eaten after being heated on a pan. Many of my non-Finnish friends like this pair-up of Leipäjuusto with jam. However, I find it weird – the cheese’s flavor and texture, the squeaking sounds it makes while being bitten, don’t help me in liking it 😉 (Image’s source: Maria Konttinen on flickr.com)
Mustikkapiirakka 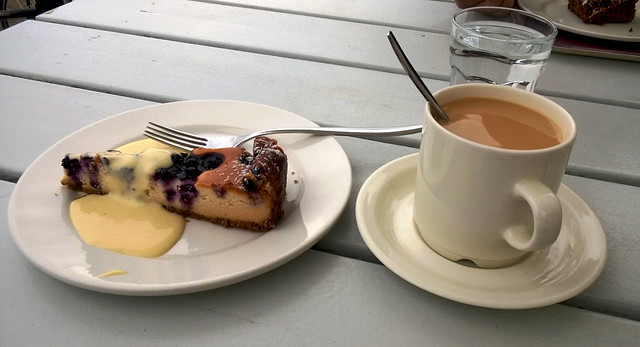 This is definitely a summer pie, when the local forests and parks overflow with all kinds of berries. You need to know that in Finland, everybody can pick berries (and fungi) in national parks. The authorities of these parks even encourage people to do so. The blueberries may be replaced with raspberries, bilberries, carrots or apples. Blueberries are also used as buns’ filling. My attention is drawn to Lakkakakku – cake with whipped cream and cloudberry… Yummy! (Image’s source: Larissa Datsha on flickr.com)
Hanna-tädin pikkuleivät 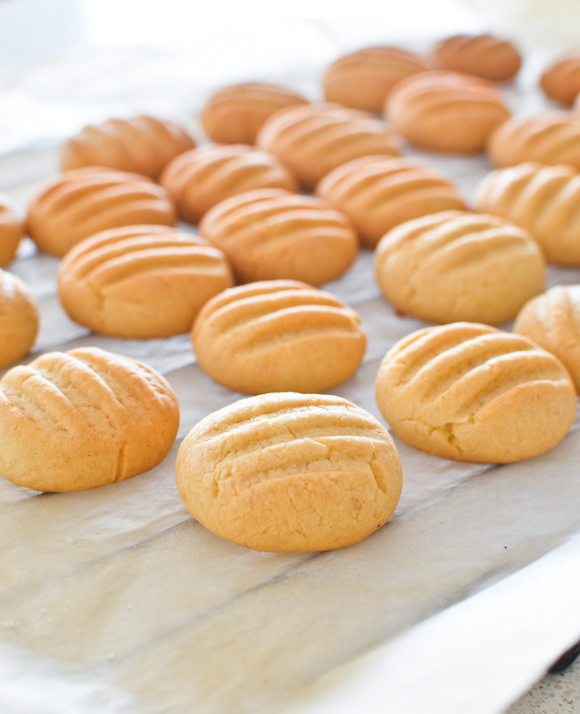 These tiny cookies are made from potato flour. I have not eaten them yet, but I admit that they are tempting… (Image’s source: scandifoodie.blogspot.com)
Pannukakku 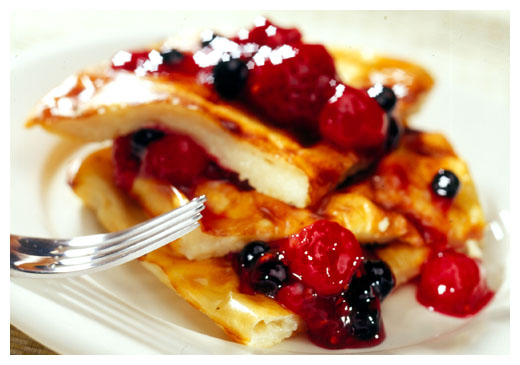 Pancakes baked in the oven. Served, of course, with jam from blueberries or raspberries 😉 (Image’s source: heorapper_kute_baby on flickr.com)
Ice cream

Ice cream was not invented by Finns, nor do they have any big factory of ice cream. However, residents of Finland love them and eat them a lot, even in winter. Once my husband asked a colleague whether it is true, that Finns are one of the largest ice-cream-consuming nations in the world. He replied that he and his wife did not eat them as much, because only approx. 2 liters a week 🙂 (Image’s source: McGill Blog)

Thank you everyone, who took part in the contest 🙂 The choice was difficult, especially for the female part of the jury. You mentioned many indulgent treats, on the thought of which we literally salivated! Some of contestants mentioned places where we want to go or where we would love to go. We enjoyed all the answers, but, unfortunately, the number of awards is limited. The winners are:

Look out for the next competitions at Admiring Diversity, as you do not know the day nor the hour 😉 Below you will find the manual for the surprise award, which thus is no longer a surprise 😉